One of the most decorated Irish whiskeys, Redbreast is the largest selling Single Pot Still Irish Whiskey in the world. Regarded as the definitive expression of traditional Pot Still Irish whiskey, Redbreast dates back to 1903 when Jameson entered into an agreement with the Gilbeys Wines & Spirits Import Company to supply them with new make spirit from their Bow St. Distillery. The custom of that era was that distilleries sold bulk whiskey to ‘bonders’ who, being in the business of importing fortified wines such as sherry and port, had ample supplies of empty casks in which to mature new make whiskeys under bond.

Readbreast 12yo is irish speciality. 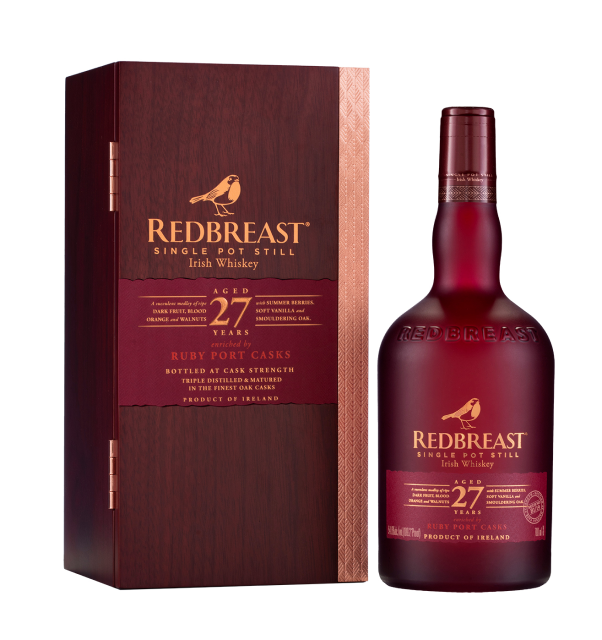