No tolerance to underage drinking! 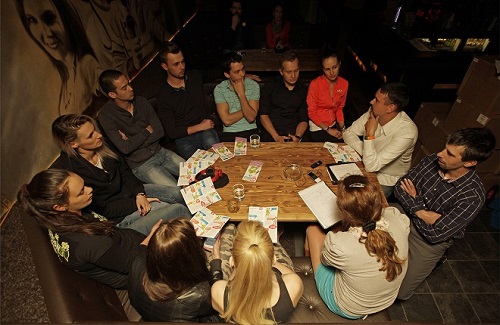 Young people are among the most sensitive populations regarding alcohol consumption as some of them can show risky behaviour.

Young people are among the most sensitive populations regarding alcohol consumption as some of them can show risky behaviour. That is why we prepared a unique campaign No tolerance to underage drinking!, during which we have trained more than 6,000 persons in 2063 Czech bars and restaurants.

No tolerance to underage drinking! program is unique in a way that we, as a producer of spirits, communicate directly with end retailer. Our sales representatives introduced the issue to retailers and provided a succinct summary of current legislation that deals with this issue to personnel. Businesses involved in the program were clearly marked with a sticker No tolerance to underage drinking! as an agreement with ban of the sale of alcohol to minors.

We are a global leader in the area of responsible alcohol consumption, who supports the restrictions on the sale and serving of alcohol to minors. We started information campaign No tolerance to underage drinking!  on April 1, 2015. During the following three months we trained six thousand retailers and staff members of enterprises and companies involved in the sale of alcohol in more than two thousand businesses. Most places we visited were in the capital (620), South Moravian Region (226) and the Moravian-Silesian Region (183). Nationwide we trained 719 bars and restaurants, 552 pubs and beer halls, and 210 discotheques, music bars and clubs.