Roman Foltan to represent Becherovka in the UK 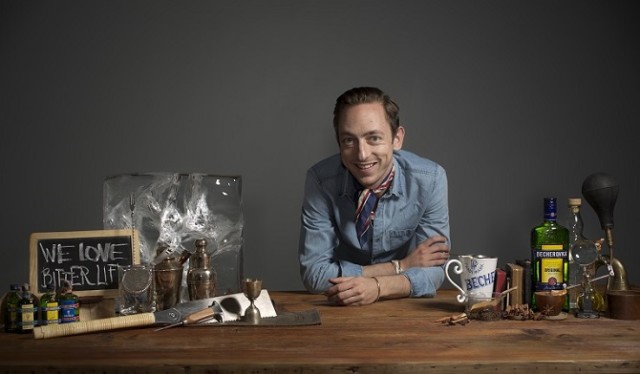 Pernod Ricard UK and Jan Becher proudly announce the appointment of acclaimed bartender Roman Foltan as an official brand ambassador for Becherovka Original in the United Kingdom. A global, multi-award winning bartender Roman will inspire and engage British with his passion for life and unconventional drinks and demonstrate that perfect Becherovka Original-based cocktails can be a multi-sensory journey that incorporates everything from taste, scent and feel down to the type of glass.

“Roman is best known for his achievements from behind the bar and his passion for bohemian bar life. In 2015 Forbes magazine recognised Roman as one of the 30 most talented people under 30 years old,” says Zuzana Dudova, Global Export Manager, Jan Becher – Pernod Ricard. “Roman Foltan is the perfect choice. Becherovka Original and Roman share the same passion. His profile, charisma and an outstanding reputation are an ideal fit for us. At Pernod Ricard UK we are proud to distribute Becherovka Original in the UK.”

Born in the Czech Republic and living in the United Kingdom, Roman Foltan was until recently a key member of world-renowned team at Artesian, the world”s best bar for the third consecutive year since 2012.

“I’m proud that, as a brand ambassador, I’m now a part of the Becherovka Original family. If I ever was to be a part of ambassadors’ world, it would have to be a brand with strong history. Year 1807 carried by the bottle of Becherovka speaks for itself,” affirmed Roman Foltan. “There is no better representative of my homeland than Becherovka liqueur. You can’t leave the Czech Republic without tasting Becherovka Original! “

Roman works at cutting edge of cocktail industry, travels around the world and regularly contributes to number of industry magazines. He loves surfing and studying mixology.

Among tens of various awards that Roman Foltan has collected, there are surely extraordinary ones: best international bar team in 2014, world’s best cocktail menu and the best classic bloody Mary in 2011.